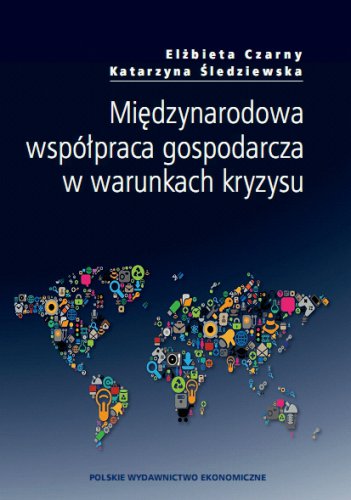 The book contains an analysis of the influence the recent economic crisis had upon the economic situation and economic cooperation around the world, in various groups of countries and in selected individual countries. The Authors pay particular attention to the global nature of the crisis and emphasize a more serious decline of the value of global trade than that of global production. They examine the changes that occurred during the crisis or before it began, in global production, trade in goods and services, and FDI. The research presented includes disaggregation of the global economy into economies of states at various levels of development and different export specializations, as well as into economies belonging to different integration groups. This way they examine how the crisis impacts any individual group. They also come up with an analysis of the real structure of global trade and its changes during the crisis. Special focus is also dedicated to trade in final and intermediary goods and to products on various levels of technological sophistication, as well as to intra-industry exchange. An empirical analysis is performed of factors that determine the intensity of trade (including the economic crisis and the share in institutionalized economic integration), with gravitation models applied.

The book is addressed to economists and experts in political sciences, experts in international relations, students in faculties of economics and in interdisciplinary studies with emphasis upon international problem areas. The book should also prove interesting and useful to analysts employed in enterprises involved in export, import and financial markets. Conclusions and statistical data presented may also be of interest to politicians and journalists dealing with economic issues.

The principal general objective of the book is to present the key elements of both theory and policy of international competitiveness under conditions of contemporary global economy, taking into account theoretical output and past experience. Considerations included in the book’s eight chapters aim to achieve this, each of them being focused upon the theory and policy of international competitiveness on macro scale, i.e. with particular account taken of theoretical reasons and effects of individual countries’ (states), as well as groups of countries, competing with each other. This is not meant to say that problems regarding international competition of other types of business entities are overlooked, especially as regards various types of enterprises and their associations. These problems, however, are treated as secondary in this approach – whereas this is an assumption made for the book, it should not be mistaken for ignoring their significance which, as admitted, is serious and increasing.
The book is an extension of an earlier publication by Prof. Józef Misala, entitled International capability of competition and competitiveness of national economy. Theoretical fundaments (2007, Radom University of Technology). Its contents results from further research carried out in the Institute of International Economic Relations at Warsaw School of Economics, as well as, for a couple of recent years, at the Chair of International Economic Relations and Regional Integration at the Radom University of Technology.

Author of an academic manual in microeconomics, and of and co-author of monographs on, i.a., international trade, economic cooperation in conditions of economic crisis and economic integration, as well as of several dozen scientific articles in the areas of microeconomics and international economics (published in Polish, German and English).

Katarzyna Śledziewska, PhD Dsc, works in in the Chair of Macroeconomics and Foreign Trade, the Faculty of Economic Sciences, in the University of Warsaw. The research works she has been involved in fit into the following four principal areas:

The first area of research concerns issues related with Poland’s position in the global economy, with particular emphasis upon changes occurring in Polish trade. Another research area regards measurement of effects of commercial economic integration between Poland and the European Union, both before and after the accession. The third area is the economic crisis and its impact upon the functioning of the global economy and national economies. Finally, the fourth area of the Author’s scientific research is related to development, effects and motives of commercial regionalism. The most significant effect of her work on the phenomenon of regionalism is the monograph Regionalizm handlowy w XXI wieku. Przesłanki teoretyczne i analiza empiryczna (Trade regionalism in the 21st Century. Theoretical premises and empirical analysis.