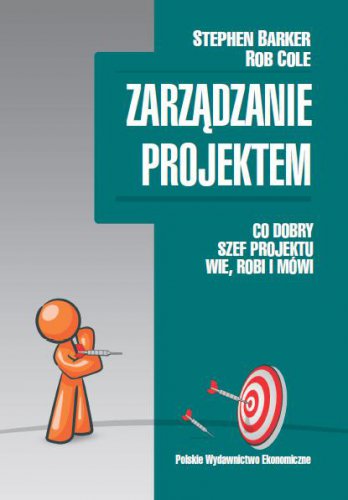 Implementation of almost every project is a complex task. Costs increasing out of proportion and missed deadlines are only some of project managers’ nightmares. However, it doesn’t have to be this way. It is possible to manage projects in harmonious and rational way.
In this book the Authors presented the most effective techniques of project management. They give advice how to implement a project to complete it with success, they explain which risk is involved therein, how to make reasonable use of resources available, how to build a team, how to ensure good quality of the product, how creative meetings should look like and which experiences can be learnt from projects implementation.

The book is addressed to managers, entrepreneurs, managers of various levels and students in the faculties of economics.

The book shows that in order to enjoy success in business and to run an effective macroeconomic and development-oriented policy, one has to be able to answer some fundamental questions: what is an enterprise, when can it be capable of growth in the long run (the factor that defines its limits), which common objectives (i.a. in terms of income and prestige) may be achieved by an enterprise’s stakeholders  and which autonomous objectives (of an efficient allocation, creation, distribution, resources revitalization, values) for the entire economy may only be achieved by an enterprise. The science of economics has witnessed all sorts of answers to these questions and a great number of corporate theories were developed. The book discusses strengths and weaknesses of 27 such theories. Limitations of the theories analyzed encouraged to search for a new, genuine corporate theory in which the fundamental "gene" of an enterprise is formed by long-term aspirations (utilities) of households – conceived as stakeholders of enterprises, accumulating financial, material and intellectual capital for them. This pursuit of a perfect theory takes place in the book according to a corporate method that is well-known in business and applied to seek and find ways to achieve success.

The book is addressed both to researchers studying the theories in economics and to entrepreneurs, managers and politicians involved in the economy, bot present and future, which also (but not only) means students in the faculties of economics.

The book Corporate theories by Adam Noga was awarded a prize of the Dean of the Collegium of Business Administration in Warsaw School of Economics as the best scholar work in Poland in the category of corporate sciences.