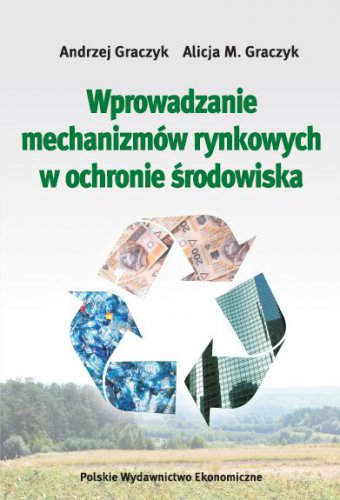 The objectives of environment protection are defined basing on both external (international conventions, Community law) and internal determinants (mainly the aims set in national and regional strategies and programs). Finally, efforts to meet such obligations and to achieve the objectives burdens businesses and households. Therefore, as a prerequisite to increase the competitiveness of an economy and raise the level of welfare is to apply solutions which bring cost effectiveness and increase the economic efficiency in the area of environment protection.

The key premise in preparing this monograph was the assumption that endeavors to develop and run economically efficient environment protection within market economy system should take place through inclusion within that system — through appropriate institutional changes brought by the state — of market-based solutions aiming at the achievement of the aims of environmental protection.
The knowledge about the functioning of market-based solutions in the area of environment protection is rather new and only developing recently. While the pool of knowledge and information in that field has already been considerable, it remains largely dispersed and very uneven levels of recognition. This mostly results from the nature of processes occurring within the real sphere that are very dynamic and diversified. The practice of implementing market-based mechanisms in the environment protection seems more and more in advance compared to their scientific understanding and awareness.

The book is a compendium summing up the knowledge about the economic development of poor countries. It takes into account Polish experiences related with the country’s development and national specificities. The Authors also endeavored to enable the readers to consider the complex problem of overcoming the underdevelopment from perspective of opinions of many experts. There was more emphasis put upon theoretical and thematical analysis of developing countries in their entirety than it was on more detailed geographical or sectoral analyses.
Problems of globalization, systemic transformation, further aggravation of income disparities in individual countries and globally, as well as exacerbating civilization clash must not be overlooked in broad and general education of economy in Poland. It should also be remembered that since 1 May 2004 Poland’s international position has changed as our country, while remaining beneficiary of a variety of forms of foreign aid on the one hand, on the other hand has also been obliged by the European Union to provide assistance to other, poorer countries. However, to prove efficient, any such measures require prior understanding of reasons of underdevelopment and sound selection of mechanisms of its overcoming. We hope this work will contribute to fill the gap that is evident in the publishing market and being about better understanding of the processes of development.

The book contains a multi-faceted analysis in which such key development-related problems are considered as: the evolution of the theory of economic development, theories of economic growth, determinants of growth, the role of the state, agriculture in developing countries, growth and development financing, small and medium-sized enterprises, multi-national enterprises, unemployment, monetary policy, currency crises, environment protection, cultural prerequisites for development, digital divide between the wealthy and the poor.

You have to consciously manage your own life. Never allow incoming tasks to take over control of your life. Be sure to plan the performance of your routine tasks; do it every day at the same hour. This has to be practiced daily. Answer the e-mails you get only once a day; otherwise you’re at risk of fighting one little fire after another for most of the time which compromises the progress toward the achievement of your objectives. A manager should decide which things can actually be done by him or her only – and just do it. However, if it’s evident a given task can be carried out by others of the staff, the manager should make other do that: otherwise, being bothered by things that could have been done by other people threatens a failure in performing the key managerial tasks. These may include as important issues as the strategy of adaptation of the organization’s resources and potential to its external competitive environment.

This book differs in several ways from traditional manuals of managerial economy. Firstly, it is relatively short. It only discusses the crucial problems, assuming it is better to teach a couple of concepts doing it well than try to teach everything just cursorily. In additional, the concise content of the manual enables the lecturers to supplement the courses with their own, independently chosen materials. It should be remembered that each student, no matter what had he or she been dealing with before, should be able to read this book from cover to cover and on the completion have the sense of understanding how the paradigm of rationality of the subject should be applied in order to distinguish the problems and indicate methods of their solution.

Secondly, the book applies the problem-focused, rather than traditional model-focused approach. In other words, I define a problem, for example the problem of a fixed cost, and I give my students appropriate analytical tools so they can calculate on their own the costs borne and the benefits achieved through application of various solutions. Then I ask them to solve several similar problems. To teach students to solve problems instead of teaching them knowledge of economic models is a much better method of teaching economic in the senior year of MBA studies. In order to truly appreciate that, one should answer the question what are students going to remember following the graduation: the problem of fixed cost or the relationship saying that a fractional derivative of the function of profit does not depend on the amount of fixed cost.

Thirdly, there is only some place dedicated in the book to teaching how to technically carry out a cost and benefit analysis. As the only method to get to know this issue is to exercise solving of problems, it is better to teach that on the Internet, using interactive software such as managerial economics MBAPrimer.com or Samuel Baker’s Economic Interactive Tutorials4. They teach, among other things, about an analysis of marginal values and then at once make students apply the knowledge acquired and fill some specific cells in a spreadsheet. At the end of each chapter the students have exercises to solve, thus verifying on their own what they have learnt. If they are unable to answer a question, they can return to respective portions of the material. Then, once they are certain they managed to understand everything, they undergo a test: I ask them to write a test on the Internet to check their knowledge of the material studies. In doing this, they may not use any educational aids.

Making use of materials available on the Internet in learning about the tools applied in cost and benefit analysis enables the students to achieve two objectives. Firstly, the student may work along their own rate of progress. This enables the professor to teach, on the same course, students with different levels of initial knowledge. Those having analytical abilities or experience in solving economic problems are going to master the material relatively easily, benefiting a lot from the examples of application of knowledge in business setting, presented during the seminars.

I have written the book having three groups of readers in my mind. Firstly, it is accessible to anybody capable of reading and of clear, ordered thinking. However, the book is focused on solving the problems appearing in business which makes it most useful to persons having professional experience. Secondly, the book may be used in education of managerial staff in MBA-like curricula as well as in courses the completion of which gives no scientific title. Thirdly, the book may be used in full-time MBA studies. In the latter case I supplement the material contained in the book with interactive exercises that take place on the Internet.
Anybody who has read Economics in One Lesson must have noticed at once that my book is a kind of homage paid to Henry Hazlitt. In a was similar to that author, in my book I attempt to combine an economic intuition with the presentation of problems and examples taken from practice. I try to achieve the directness, simplicity and precision of lecture comparable to that seen in Hazlitt’s book, but at the same time I set my contents within more extended analytical framework to make them better adapted in MBA-like curricula. 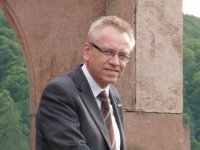 Participated in 14 international and 60 national research programs. Author or co-author of c. 300 scientific publications, including 20 books. Repeatedly awarded for his research achievements by the Minister of Science and Higher Education and the Rector of Wroclaw University of Economics and Business. In 2007 received Professor Edward Lipiński Award for the best Polish book concerning economics. 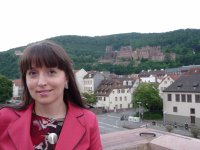 Alicja Małgorzata Graczyk, PhD BEng, associate professor in the Chair of Economics and Research on Development in the Wroclaw University of Economics and Business. Specialized in energy and environmental resources management, and in particular in renewable energy sources. Her scientific output includes over 70 scientific publications, over a dozen expert opinions prepared for scholar and research sectors, private and public. Laureate of an individual award of the Minister of Science and Higher Education for her scientific achievements and awards of Rector of Wroclaw University of Economics and Business. 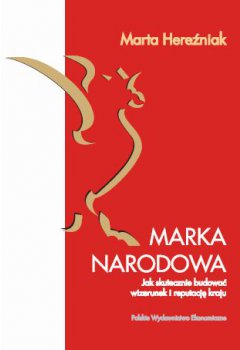 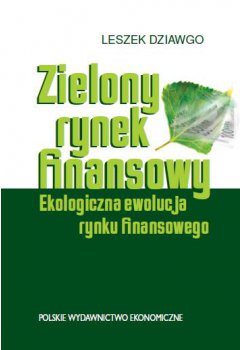