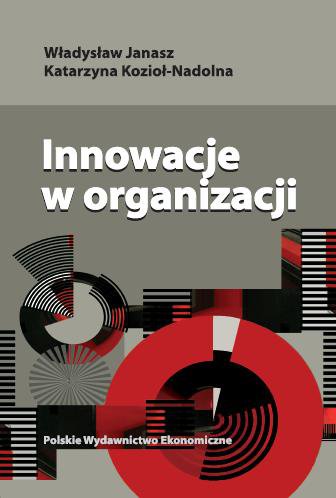 New challenges concerning globalization, technological progress, increasing competitiveness of countries from beyond the triad (China and India) have been forcing the essential changes in the European Union. The financial crisis, structural barriers to economic growth and a decreasing rate of its growth, high unemployment levels and the failure of the Lisbon strategy brought about another, new turning point in thinking about the future of Europe. Changes concern the following areas: research and innovation, employment, education, climate and poverty fighting.
The concept of the book relies, on the one hand, on a new approach to problems of innovation and innovativeness and on the other hand on its perfectly logical structure. The innovations are examined on micro-, mezo- and macroeconomic levels.
The microeconomic approach relates to innovations brought in organization. Here the starting point is to define the essence of innovation and the process of innovation. In 2005, in the third edition of Oslo Manual, the typology of innovation was extended, so that along with product innovation and process innovation, two new types were added, namely service innovation divided into organization and marketing innovation, considered equivalent to the two former ones. This entails some specific consequences to innovativeness of organizations, and that of states. The macroeconomic level relates to innovation-promoting policy, both on the part of the Polish state and on that of the European Union as a group.

The book consists of four chapters. Chapter one — having an introductory character —theoretical aspects of innovation and innovation processes are explained. Due to an ambiguity of terms used and the lack of a single uniform definition it is necessary to come up with a review of the existing categories. Chapter two is an attempt to identify the potential of innovative activity and of factors that influence the processes of innovation in an organization (originating from macro- and micro environment and an enterprise’s inherent inner potential). Chapter three concerns an innovative activity of enterprises (the level of innovativeness, outlays on research and development activities in Poland and in the European Union). This chapter ends with models of the innovation process and of diffusion of innovation. Finally, chapter four proposes a systemic approach and discusses as follows: the system of management of innovations in the European Union, the state innovation-related policy and the influence it has upon the processes of innovation.

Authors, Professor Władysław Janasz, Phd and Katarzyna Kozioł-Nadolna, Phd address their book to students of management and of economics in various types of universities, to employees eager to upgrade their skills in this area as well as to managers interested in extending their knowledge in the field.

Full Professor, PhD Dsc in the Institute of Economics and Corporate Organization (the Chair of Corporate Management) in the Faculty of Economic Sciences and Management at the University of Szczecin. His scientific interests focus upon problems of innovation in enterprises and in industry, fixed assets management in enterprises, strategies of industrial development, quality management in enterprises. Acknowledged author of great many publications concerning innovation, innovativeness, innovation management on the scale of an enterprise and on regional and national scale; i.a., together with Katarzyna Kozioł-Nadolna, PhD: Determinanty działalności innowacyjnej przedsiębiorstwa (Determinants for innovative activities of an enterprise, PWE, Warsaw 2006) and Innowacje w organizacji (Innovations in an organization, PWE, Warsaw 2011) and co-author of such scientific and educational publications as Podstawy nauki o organizacji. Przedsiębiorstwo jako organizacja ekonomiczna (Fundamentals of science on organization. Enterprise as an economic organization, PWE, 2008, 2011).

Doctor, associate professor in the Institute of Economics and Corporate Organization (the Chair of Corporate Management) in the Faculty of Economic Sciences and Management at the University of Szczecin. Her scientific interests focus upon innovativeness of enterprises in Poland and in the European Union in the context of challenges of globalization. Author of many publications concerning innovative processes and innovation management, such as, together with Professor Władysław Janasz, PhD Dsc, Determinanty działalności innowacyjnej przedsiębiorstw (Determinants of innovative activities of enterprises, PWE, 2006) and Innowacje w organizacji (Innovations in organization, PWE, 2011). 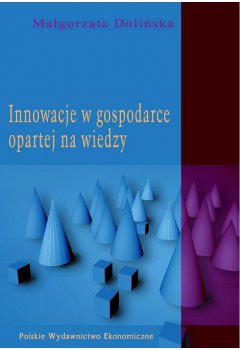 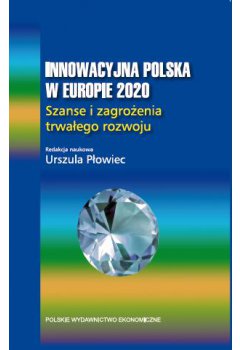 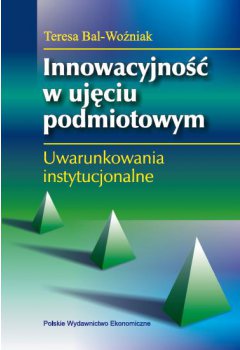